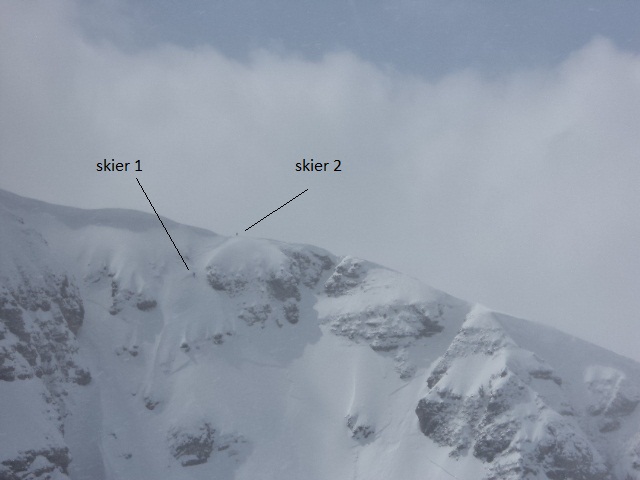 I left Morgins this morning by car to ski over in Chatel after fresh snow had fallen over night.People this week had told me how amazing the conditions are at the moment and they weren’t wrong. The temperatures have dropped and we have had snow almost every day this week making the conditions near perfect – incredible for the penultimate day in this very snowy season.

BUT the day was almost spoilt when I witnessed a dramatic rescue attemt by the French mountain rescue helicopter from Annecy- the nearest chopper with a winch. Two Brits,one of which I knew personally, had got into difficulty skiing a very steep off piste face.I watched while his wife passed on instructions from the pisteur by mobile phone, telling him not to move in case he set off an avalanche.After an hour and a half of just standing there,literally frozen, the chopper arrived,but so did the strong winds and it couldn’t risk winching the stranded skier.In the end he skied down safely but at times it didn’t look good.It just makes me think how much we can take our own safety for granted and how dangerous the mountain can be – even this late in the season. You might not see it,but on the photo, there is a little black dot a skier,motionless not knowing what to do next